Purim is one of the most festive holidays in Judaism. Celebrated annually in either February or March, this joyous holiday commemorates the Jewish people’s rescue from extermination in ancient Persia.

Based on the conclusions of the Scroll of Esther (Esther 9:22):  “that they should make them days of feasting and gladness, and of sending portions one to another, and gifts to the poor”

Purim is celebrated by:

Jewish people all over the world celebrate this holiday, and even if you don’t affiliate yourself with all the customs of Judaism, you can still join in on the unique observances of the holiday. Special activities, festivities, and meals are all part of observing Purim.

Speaking of food, one of the best treats for Purim are hamantaschen: triangle-shaped cookie pastries with fruit or savory filling. The treat is said to look like Haman’s tri-cornered hat or his ears (“oznei Haman” in Hebrew). Sweet hamantaschen are most popular, with poppy seed, chocolate, date, apricot, or apple filling, but some bakeries are getting into savory fillings, like eggplant, mushroom, or different meats and cheeses.

According to tales and legends, the beginning of the Chinese New Year started with a mythical beast called the Nian. Nian would eat villagers, especially children. One year, all the villagers decided to go hide from the beast. An old man appeared before the villagers went into hiding and said that he’s going to stay the night, and decided to get revenge on the Nian. All the villagers thought he was insane. The old man put red papers up and set off firecrackers.

The day after, the villagers came back to their town to see that nothing was destroyed. They assumed that the old man was a deity who came to save them. The villagers then understood that the Nian was afraid of the color red and loud noises. When the New Year was about to come, the villagers would wear red clothes, hang red lanterns, and red spring scrolls on windows and doors. People also used firecrackers to frighten away the Nian. From then on, Nian never came to the village again. The Nian was eventually captured by Hongjun Laozu, an ancient Taoist monk. The Nian became Hongjun Laozu’s mount.

According to legend, the emperor invited the calendar in 2637 BCE. This calendar predates the Gregorian calendar, which was introduced in 1582. The Chinese lunar calendar is used to determine festivals, so the dates of these festivals vary each year.

Lent begins on Ash Wednesday (in 2018: February 14th), marking the beginning of Lent, which is intended to be a time of self-denial, moderation, fasting, and the forsaking of sinful activities and habits.

Lent is the period of 40 days (which comes before Easter in the Christian calendar) set aside for reflection and preparation before the celebrations of Easter. By observing the 40 days of Lent, Christians replicate Jesus Christ’s sacrifice and withdrawal into the desert for 40 days. This year Lent starts on Feb 14th and Ends on Mar 29th.

We encourage each other to join in out UU Lent Practice of focusing on a word a day for spiritual growth and insight.

The first Valentine’s Day is a very old tradition, thought to have originated from a Roman festival. The Romans had a festival called Lupercalia in the middle of February – officially the start of their springtime. The festival was originally known as Februa (Latin for the “Purifications” or “Purgings”) after the februum which was used on the day.

The name Lupercalia was believed in antiquity to evince some connection with the Ancient Greek festival of the Arcadian Lykaia, a wolf festival (Greek: λύκος, lýkos; Latin: lupus), and the worship of Lycaean Pan, assumed to be a Greek equivalent to Faunus, as instituted by Evander. Justin describes a cult image of “the Lycaean god, whom the Greeks call Pan and the Romans Lupercus,” as nude, save for a goatskin girdle. It stood in the Lupercal, the cave where tradition held that Romulus and Remus were suckled by the she-wolf (Lupa). The cave lay at the foot of the Palatine Hill, on which Romulus was thought to have founded Rome.

The Legend of St. Valentine. The history of Valentine’s Day–and the story of its patron saint–is shrouded in mystery. We do know that February has long been celebrated as a month of romance, and that St. Valentine’s Day, as we know it today, contains vestiges of both Christian and ancient Roman tradition.

To begin with there is more than one St Valentine. Valentinus was a priest in Rome and a physician in the 3rd century AD. To be a Christian at this time was a crime punishable by death. Despite this, Valentinus would not renounce his faith and he was beheaded by order of Emperor Claudius II on February 14 270 AD. 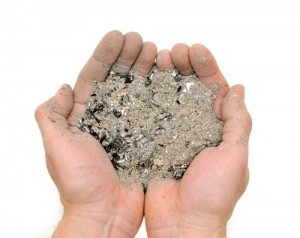 “I think most UU’s come to us because they’re tired of all that external ritual stuff. They want something simple.”

“I really miss the liturgy and ritual of Catholicism, but I can’t stand the theology or the politics.”

I heard each of these sentiments on the same day from members of the same congregation, both lay leaders, both emotional about what they were sharing with me.

For my part, I come from a Roman Catholic background, began practicing in a Pagan way in 1991, and spent 12 years involved with an interfaith, Pagan organization before I started regularly attending a UU congregation.

Ritual is in my bones, in my heart, in my blood. I love the left-brained intellectual rigor and clarity of much of the Unitarian Universalist tradition, and I bring a history of ritual. Liturgy is the word I use to talk about UU worship and Pagan ceremony—liturgy, “the work of the people.” While I honor the relative simplicity of most of our worship, I also recognize—even in that simplicity—that it is liturgy. It is the shared work of the people come together.

This week is a big one for litrugy in the Catholic tradition (as well, nowadays, in some other Christian traditions). Tuesday was Mardi Gras, Wednesday is Ash Wednesday. The season of Lent begins.

Partly as a result of my post-Catholic, Pagan, UU identities, I have been ambivalent about Ash Wednesday for some years. Not because I don’t approve of Lent, mind you—a season to return to the heart of one’s tradition, to consider one’s relationship to social justice (particularly poverty), and to deepen one’s spiritual practices? I’m all over that.

But there’s this bit: “Remember, man, that thou art dust and unto dust you shall return.” Yes, we are children of Earth. And yes, She will be our tomb as she has been our cradle. Yes, we are born of the dust of Earth, of soil and bugs, of butterflies and beetles. As the Seventh Principle of Unitarian Universalism reminds us, we are all a part, all interbeing, as Thich Nhat Hahn says, of the interconnected web of existence. And that’s all great. It’s great!

As a priestess, I fully embrace this ceremonial emblem of connection with the close and holy darkness of Earth.

Again, there’s nothing wrong with a little humility. But often, as many of us have experienced first-hand, the whole low-humility-repentance-penitence thing gets taken to an absurd, unhealthful, even abusive degree. So I propose a corrective.

As my colleague, Jonathan White reminds his students of Wicca year after year, we are children of Earth, yes, and of Starry Heaven.

Children of Earth and Starry Heaven.

Whatever our theology, that is true. Simple, clear, and true. We are of Earth. And we are of black holes and supernovae and red dwarfs and yellow stars (especially our own star, Sol). We are (as is Earth herself, come down to it) the children of hydrogen exploding, of molecules coming into being, of all that the universe contains. The interconnected, interdependent web of existence is not only Earthly, but universal.

“Remember you are a child of Earth and Starry Heaven.” So it is not only ashes that remind us who we are and who we need to be…it is also glitter, a sweet, postmodern reminder of the stars.

One year in seminary, one Ash Wednesday, I went to my friends who had ashes on their foreheads and asked them whether I could offer them another blessing. Every one of them said yes. I had a small, carved box full of very fine glitter. I opened the box, and pressed my finger to the glitter just a tiny bit, then pressed that finger onto the backs of my friends’ hands. “Remember,” I said, “you are of the dust of Earth and the dust of stars, a child of Earth and Starry Heaven.”

Both low and high, high and low. Both dark and light, light and dark. Full of both humility and pride. Paganisms are, at their best, traditions that embrace the whole of human—and non-human—experience.  That broad embrace is something that Unitarian Universalism writ large may learn more deeply, or in new ways, from its Pagan practitioners.

In Unitarian Universalism, we can fall prey to thinking that “most UU’s” are like us. That “most UU’s” want more ceremony or less, more social justice or less, more ministerial involvement or less. But Unitarian Universalism has the chance to live into our Principles, as well as our Sources. To acknowledge our Protestant roots, our humanist middles, and the practices that have come into our traditions later on. 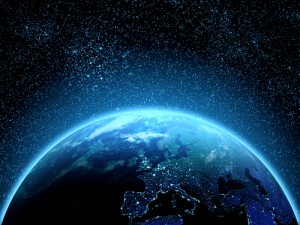 Nonetheless, if we embrace one another in all our beautiful uniquenesses, then we will find ourselves made more spacious of heart. There will be more room in us to learn and to welcome those who now feel like the “stranger among us.”

Blessings on you and on your house.